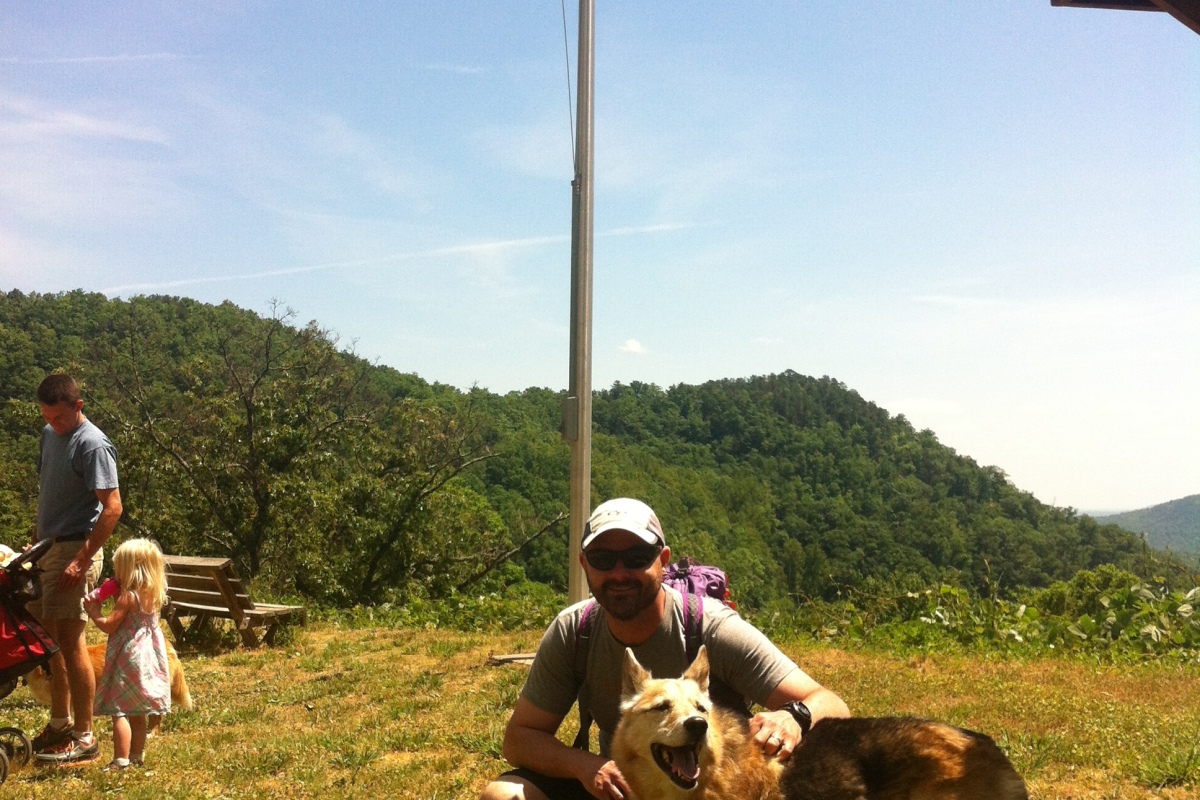 It is time for me to take action. I have had a project idea for a long time now.

Michael has developed food allergies since his time in Iraq and I have grown tired of continually trying to adapt. I have a feeling that there are other Veterans that may be experiencing the same symptomology and may need support. If the story I am about to tell sounds like you or a Veteran you know, please contact me at veteranallergies@use.startmail.com.

*2016: UPDATE – Michael has been seeing a Naturopathic Doctor who completed a comprehensive blood test to find all his allergies. Unfortunately this test uncovered more allergies including, gluten, soy, teff, oats, quinoa, and sorghum. However, now Michael is healthier than ever. He is back to running, creating music, and better than I have ever seen him. We are so grateful for Naturopathic medicine. Now if Michael encounters an allergen his reaction is so much less severe. Our theory along with the diagnosis from the Naturopathic doctor is that the extreme amount of vaccines that Michael received caused Leak Gut Syndrome prompting his immune system to start fighting foods. I still hope to connect with other veterans and help them find proper care.*

It began shortly after Michael returned from Iraq. He began experience itchy lips and tongue after eating apples or peaches. So he stopped eating them. Months later when I would pack a peanut butter and jelly sandwich to go hiking, he would spend the whole trip miserably sick to his stomach. It wasn’t debilitating, but rather a nagging acidic feeling. The worst reaction was one day we picked up a bag of fresh Rainier cherries to take with us hiking in the Olympic National Forest. Michael and I happily flew down the highway, deep into the woods snacking on cherries. Michael said he started to feel like he was having a reaction and by the time I pulled over and looked at him his eye was nearly swollen shut. It was the most terrifying feeling. I was so scared he was going into anaphylactic shock. And as a military wife, this feeling is compounded. Here is the man I love who has survived war, looking like he may die from a damn food allergy. It was infuriating.

After this incident and almost a year of these symptoms, he went to see a doctor. The doctor immediately diagnosed him with acid reflux. At the time Michael was working a very stressful position in the Army and we thought that the diagnosis, while it didn’t explain the scariest reaction, kind of made sense. A few more months later Thanksgiving 2010, Michael was snacking on carrots while my mom and I were cooking and suddenly his right eye began to swell again and he began coughing. We quickly got him some benadryl, our only defense, and the swelling and symptoms began to recede after several hours. We were so perplexed. When would these reactions end? And what exactly is he allergic to?

Finally, after Michael got out of the military he saw a doctor that explained that he may have Oral Allergy Syndrome. It seemed to make sense. In this syndrome, the protein compounds that you are allergic to mimic the proteins in some foods. So, since Michael was supposedly allergic to birch (though they never tested for this), he was also allergic to kiwi, apples, pears, peaches, plums, coriander, fennel, parsley, celery, cherries, carrots, hazelnuts, and almonds. The doctor informed Michael that he was probably now allergic to a couple different types pollen, but that testing for all of these individual allergies is prohibitively expensive, so his recommendation was to make a list of things that caused a reaction and just avoid them.  As insurance, he provided Michael with two Epi-pens and a benadryl prescription.  When asked how a 36 year old adult male in good health could become allergic to all nuts and all of these vegetables over a period of a few months he shrugged his shoulders and said that it is a mystery.

We have been working with and adapting to this diagnosis for a few years now. And by carefully reading every package label before we bring it into our home, we have been able to avoid most serious reactions. However, there have been some secondary effects that have called me to take action.

Yesterday at Whole Foods here in Bend was the final straw. We had hopped from Whole Foods to Whole Foods across the country knowing that we can find plant based and fully labeled food options there. But yesterday, the day before Veteran’s Day, I was reminded of the importance to educate the public. Michael got a breakfast burrito at Whole Foods and not mentioned on the label was that the cook had added carrots to this batch. Michael’s eye swelled up and since it was 9 in the morning, he spent the whole day in a benadryl haze.

I am furious at this point. I have watched my husband be laughed at by waiters, “Oh sure you are allergic to carrots, I am allergic to taxes” or worse yet, his allergies be ignored by people in the food industry that just don’t get it. The part that I cannot ignore is that I have watched all of this develop since the day he returned home from Iraq. This was not some organically developed event. I strongly believe that he may have been exposed to something while in the Army.

And this is where you can help! I am trying to get in touch with other soldiers and get the word out about this. I am sure there are other Veterans with a misdiagnosis or they may not be sure what is going on.

So instead of buying a $5 green light bulb, I am taking action to bring awareness to some of the lingering effects our Veterans cope with everyday.